Below you can read about typical race day weather, South Africa's climate, and see the average weather conditions in Polokwane (Entabeni) and Cape Town. 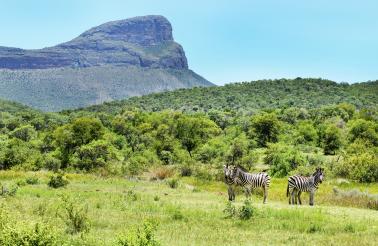 The first thing to note about South Africa's climate is that, due to its location in the Southern hemisphere, winter occurs from June-September and summer is from December-March. Most of the country has warm, sunny days and cool nights for the majority of the year. In the winter, the nights can get quite cold, even if the days seem relatively warm. The rainy season occurs in the summer (Nov-Mar), with the exception of the area around Cape Town - the Western Cape - where the climate is typically Mediterranean and rain generally comes in the winter.

Much of the interior of the country is at higher elevation, which lowers average temperatures significantly. The climate classifications throughout the country vary: subtropical on the eastern coast and Western Cape, largely temperate in the eastern half, steppe in the middle of the country, and arid desert in the northwest corner. Entabeni is located in the temperate zone, meaning it is characterized by summer rainfall and pleasant days year-round.

See the average temperatures and precipitation per month below in the tables. Polokwane is used as a proxy for Entabeni Game Reserve. 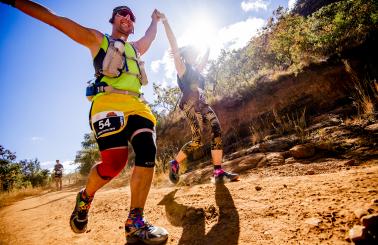 In June, it is winter in South Africa. The weather is typically very dry, with sunny, pleasant days and cold nights. During the day, participants should expect temperatures between 15-25 degrees Celsius. How the temperature feels will vary significantly with changes in sun, wind, and altitiude. The nights can drop below freezing temperatures, so for early morning game drives and late nights under the stars, one should come prepared with sturdy winter clothes.

It will be chilly when the race starts, but the sun should warm things up quickly. Although one can never say with certainty, the chance of rain is very, very minimal. Participants should thus be prepared to ward off the sun during the race - sunblock and a visor are strongly recommended.